​​Nancy Cushman's experience includes the concept and creation of the highly acclaimed, award-winning o ya restaurant, as well as over a decade of prior experience in Brand Building and Marketing for Fortune 500 clients as well as Human Resources. Nancy Cushman’s passion for sake was sparked after over a decade in Account Management at top advertising agencies in the country including Leo Burnett, Arnold Worldwide and Hill Holliday, working on major national food clients, including Pillsbury, Green Giant, Old El Paso, Ocean Spray, Dunkin’ Donuts and Procter & Gamble. Following Account Management, Nancy spent a number of years in Human ​Resources from senior level management coaching to recruiting and ​training.

Nancy’s passion for sake was sparked during her career in Chicago. After her first sake experience, she became fascinated with it and made studying the beverage her mission. She left her career as an advertising executive and in 2006, she completed the Sake Professional Course in Japan with John Gauntner, who is recognized as the world’s foremost sake expert. In Boston in March 2007, she opened o ya, a contemporary Japanese restaurant, with her husband Tim Cushman. Within the past two years, Chef Tim and Nancy ​Cushman have expanded their restaurant group to New York City. In 2014, they opened Roof at Park South, a seasonal rooftop cocktail bar with a 360 degree view of the NYC skyline from the top floor of the Park South Hotel. In 2015, they opened a second o ya in Manhattan and a new Japanese Tavern called Hojoko in Boston’s Fenway Neighborhood. They plan on opening a new concept in the Park South Hotel in Early 2016.

o ya has received numerous awards, including being named by the New York Times’ Frank Bruni as the #1 new restaurant in the U.S. outside of New York and the top Zagat rated restaurant in Boston in 2012. In 2012, Nancy travelled back to Japan to complete the Advanced Sake Professional Course and is now one of less than 100 people in the world to have this certification. In 2013, Boston Magazine recognized o ya as having Best Service in the city. In 2014, Boston Magazine ranked o ya the #1 restaurant in Boston. 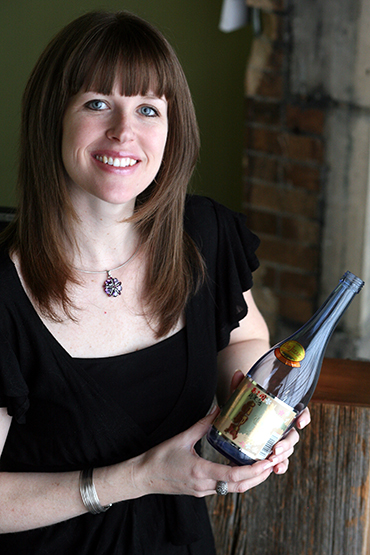