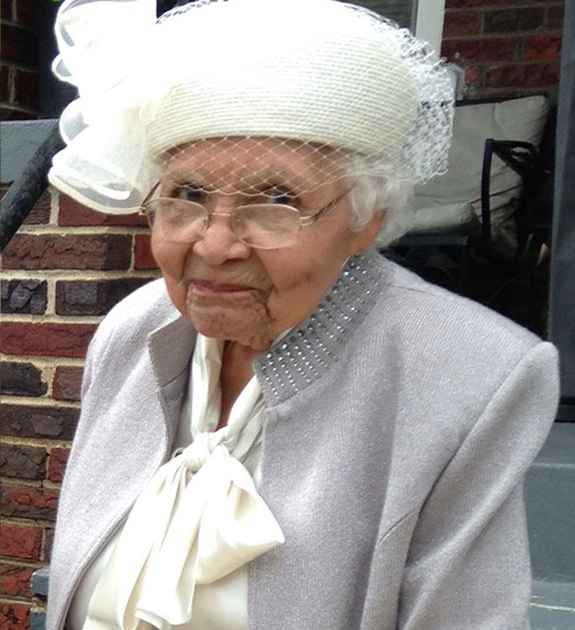 Vanilla Powell Beane is the owner of Bené Millinery & Bridal Supply in Washington, D.C. Her hats have adorned the heads of such luminaries as the late Dorothy Height, former president of the National Council for Negro Women, and Washington Mayor Muriel Bowser. Though Bené Millinery sells hats made by other designers, each custom-made hat is designed by Beane herself. No two are exactly the same.

At 101, Beane still owns and operates Bene Millinery & Bridal Supply, which she opened in 1979. Customers range from church-goers, to derby-goers, to Washington’s well-heeled. She has created hats for movies, charity events, and even for a guest attending the Royal Ascot horse race in England. In 2018, a green turban, Beane’s personal favorite style of hat, was selected as part of Google’s 3D interactive exhibit curated at the National Museum of African American History and Culture. She was honored to see her hats displayed for the museum’s opening in 2016. Others have been on display at the National Museum of American History and the former Black Fashion Museum in Harlem.

Beane’s most notable client was the late civil rights activist, and President Emeritus of the NAACP, Dorothy Height. At Height’s funeral in 2010, the iconic headpieces were mentioned by President Barack Obama: “We loved those hats that she wore like a crown.” One of these crowns is immortalized on top of a call box in front of Height’s southwest D.C. home. Another is depicted on a U.S. Postal Service stamp.

Beane did more than dream of making hats—she manifested her dream into reality. In 1955, she took a job at the Washington Millinery Supply Company, a shop she frequented while working as an elevator operator in the same building. When preparation met opportunity, Beane was able to purchase the stock of millinery supplies from the shop owner when he retired. She then was able to build her own millinery business. Twenty years after she got her start, the award-winning “hat lady” who turned a hobby into a career, was inducted into the National Association of Fashion and Accessory Designers Hall of Fame.

In 2019, on her 100th birthday, Bowser declared September 13 “Vanilla Beane Day” in the District of Columbia.