Anders Richtnér is associate professor and head of research at the Centre for Innovation and Operations Management at the Stockholm School of Economics (SSE). He is head of SSE Innovation Lab that is an interdisciplinary innovation laboratory working to imagine, design, test, and implement pioneering approaches to executive education. During 2014–2015 he was a visiting professor at the Lewis Institute at Babson College. At Babson he worked within the area of social innovation and developed a teaching cased on the social enterprise THINX called “THINX—a disruptive innovation in the feminine hygiene industry.”

Anders was from 2005 part of the founding team and later became chairman of the board at Inmotion Intelligence a start-up company developing training machines for functional testing and training. Anders left the company in 2014 when the company was acquired by external investors. He has been named one of Sweden’s 33 “super-talents” by the Swedish newspaper Svenska Dagbladet.

​His doctoral thesis on how companies implement downsizing while sustaining innovation, knowledge and creativity was awarded the EFMD/Emerald Outstanding Doctoral Award (award for best thesis in Operations & Supply Chain Management published 2004–2006, worldwide). Anders is involved in three on-going research projects: Knowledge transfer in MNC; Measuring innovation; and Innovation through partnerships. All three are conducted in close co-operation with companies with a clear aim of contributing to their competitiveness, but also scientific knowledge 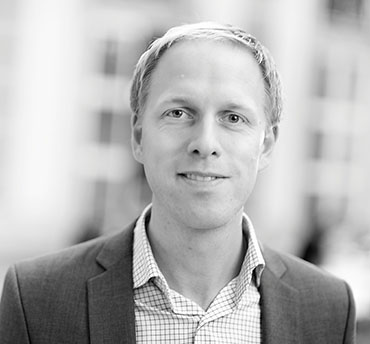