Mayor Coral Evans is a social (non) profit and public policy entrepreneur who believes in the concept of thrive-ability as it relates to individuals, neighborhoods and communities. Coral has over 20 years of extensive, applied experience and knowledge in the design, development, implementation, management, assessment and evaluation of initiatives and programs crafted to assist diverse populations experiencing the systemic effects of poverty.

First elected to office 2008, Coral served two terms (eight years) as a Councilmember prior to her election as Mayor of the City of Flagstaff in 2016.

In addition to serving on the Flagstaff City Council, Coral is the Executive Director of the Sunnyside Neighborhood Association of Flagstaff, Inc., a resident-driven social nonprofit organization that focuses on the redevelopment, growth, and prosperity of one of city’s most challenged neighborhoods. Prior to this role, she was the Vice-President of Mission Services for Goodwill Industries of Northern Arizona. She is also the owner of a small business (Destiney’s Creations) and a published author (A Conversation with Alma).

Coral holds a Master’s degree in Business Administration, a Master’s level certificate in Public Management, a Bachelor’s degree in Business Management, and is nationally certified in public participation practices. Presently Mayor Evans is pursuing a PhD in Education with an emphasis on Sustainability. Coral is a Flinn-Brown Foundation Center for Civic Leadership Fellow.

She is the third generation of her family to live in Flagstaff. Her family (the Dorsey family) has been an active part of the Flagstaff and greater Northern Arizona community since the early 1900s. Coral currently lives in the family home that her grandfather built in 1942 in Flagstaff’s historic Southside neighborhood.

Coral believes in a balanced approach to the stewardship of community resources and is passionate about creating opportunities that allow for civic engagement, civil discourse, community revitalization, and genuine sustainability and advancement of all people. 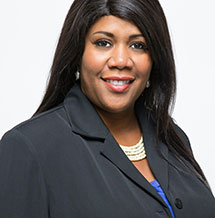