Erin Thornton specializes in the nexus between policy and public engagement with a special focus on global health, women and girls and international development. She’s helped to start two global advocacy organizations, and consulted for many others on how best to authentically and meaningfully make a difference by marrying smart engagement of policymakers with the power of an informed and energized public.

From 2010 to 2015, she worked side by side with co-founder Christy Turlington Burns as the Executive Director of Every Mother Counts (EMC), a highly effective campaign designed to engage the public on the issue of global maternal health. In this role, Erin led efforts to evaluate what was needed on the issue of maternal health and then went on to build a new nonprofit organization to address those needs. A major part of this work involved collaborations with corporate entities including Starbucks, TOMS, Merck, Stella & Dot, and many others to engage their consumers and employees as meaningful partners in EMC’s work.

Prior to EMC, Erin spent eight years on the Executive Leadership team as the Global Policy Director of DATA and later the ONE campaign to fight global poverty. Erin joined co-founders Bono and Bobby Shriver at the organization’ inception and was responsible for establishing ONE as a critical partner for policymakers and lead thinkers alike, linking them to creative solutions that were understood and meaningful for the public.

Before DATA and ONE, Erin was selected as a Presidential Management Fellow and worked at the United States Export-Import Bank as a Country Risk Analyst and at the U.S. State Department in the International Health Affairs office. She graduated Phi Beta Kappa from Duke University and received her master’s degree in International Relations from Yale University. Erin was recognized as one of the Top 40 Leaders in Global Development Under the Age of 40 in 2010.

She lives outside of Boston with her husband and three daughters. 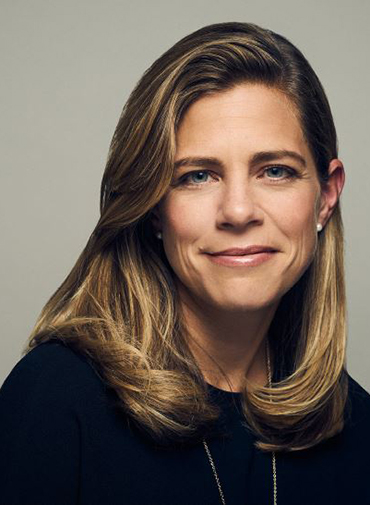