This article is adapted from the authors’ new book,Teaching Entrepreneurship: A Practice-Based Approach.

Legendary management guru Peter Drucker said, “Entrepreneurship is not magic, it is not mysterious and it has nothing to do with genes. It is a discipline. And, like any discipline, it can be learned.” No doubt inspired by Drucker and others, companies, countries, and universities have become a lot more interested in recent years in entrepreneurship education.

For example, Goldman Sachs has funded and supported a program for the growth of 10,000 Small Businesses through entrepreneurship education delivered to business owners through community colleges across the United States and in the UK, as well as 10,000 Women, which has actually reached its 10,000th participant. Moreover, large foundations such as Kauffman and Coleman support entrepreneurship education initiatives targeting local and even national economies.

The role of the entrepreneur in economic theory dates to the early 1940s, yet until 1970 very few business schools offered courses in entrepreneurship (Vesper and Gartner, 1997). The 1970s were a time of transition for small business ownership in the U.S. overall. The number of small businesses had been declining across the country since the industrial revolution. However, in 1972, the decrease leveled off, and for the following decades the numbers of small businesses again began rising (Greene, 1993).

Many reasons have been proposed for the change, some economic, some sociological. One perspective, proposed by Vesper and Gartner (1997) speculates that technological advances, such as the personal computer, created new markets and an array of opportunities emerged. The pace of change and the ease of entry created a wave of entrepreneurship that has yet to subside. Parallel to these structural changes, in the early 1970s “connotations of the term ‘entrepreneur’ began to shift from notions of greed, exploitation, selfishness, and disloyalty to creativity, job creation, profitability, innovativeness, and generosity” (Vesper and Gartner, 1997, p. 406). Entrepreneurs began to be recognized not only as a driving force of the economy, but also as very positive and contributing members of society. These changes have continued until now. In the present day, according to the Global Entrepreneurship Monitor, high status for being an entrepreneur is perceived among 72 percent of entrepreneurs practicing in 69 economies, and 68 percent believe entrepreneurship is a good career choice (Xavier et al., 2012).

Early research efforts focused on the traits of entrepreneurs. Researchers attempted to identify a certain set of characteristics that differentiated entrepreneurs from nonentrepreneurs (e.g. McClelland, 1965; Collins and Moore, 1970; DeCarlo and Lyons, 1979; Brockhaus, 1980; Cooper and Dunkelberg, 1981). Brockhaus and Horwitz (1986) reviewed the trait literature and concluded that there are four major personality traits of entrepreneurs: need for achievement, internal locus of control, high risk-taking propensity, and tolerance for ambiguity.

Since this time, however, there has been very little consensus in the trait literature or further scientific evidence that the four traits are from either nature or nurture. These early research efforts were present in most entrepreneurship textbooks, with opening chapters discussing “who” the entrepreneur is and what kind of personality profile “he” possesses. Many years ago, Low and MacMillan (1988) argued that any attempt to profile the typical entrepreneur was inherently futile, yet the research, to our dismay, continues. Miner (1996) proposed four psychological personality patterns of entrepreneurs: personal advisors, empathetic super-salespeople, real managers, and expert idea generators.

Also, most recently, Shane posited the role and presence of an entrepreneurial gene (Mount, 2010), taking the nature-versus-nurture discussion to new extremes. Fisher and Koch (2008), in their book Born Not Made, bring us backward arguing there is a personality profile, but their profile is heavily influenced by risk-taking propensity.

The Emergence of the “Process” Paradigm

Why do we still believe that all entrepreneurs are extreme risk takers? In response to the traits approach Gartner (1988) argued for a behavioral approach to the study of entrepreneurship. For Gartner, entrepreneurship is ultimately about the creation of organizations (new venture creation), where many influences interact in the emergence process. The entrepreneur is only a part of the process; therefore, the activities undertaken by the entrepreneur in the context of new venture creation should be examined. As a result, research should focus on what the entrepreneur does—not who he or she is. Yet behaviors across samples of entrepreneurs are very idiosyncratic, so it became difficult to generalize this research for teaching purposes. To prove this point, a study comparing textbook content to the behaviors of nascent entrepreneurs concluded that there was very little overlap (Edelman et al., 2008).

In our opinion, entrepreneurship became just another version of management—a process of leading, controlling, planning, and evaluating, with the difference being its application to new organizations. Today, the process orientation has a stronghold in entrepreneurship education. We conducted a review of 45 entrepreneurship textbooks currently on the market, and approximately 80 percent emphasize the process of entrepreneurship. Process topics included opportunity evaluation, business planning, marketing planning, resource acquisition, managing the business, and exit.

The entrepreneurship-as-process approach was heavily influenced by the proliferation of strategy scholars entering the field, and a debate between strategic management and entrepreneurship scholars ensued (Shane and Venkataraman, 2000; Hitt et al., 2001a, 2001b; Zahra and Dess, 2001; Meyer et al., 2002). Both fields felt the need to create distinction, and for entrepreneurship the space for this distinction was created by Venkataraman (1997). He called for researchers and educators in entrepreneurship to confront the question, “What is the distinctive contribution of our field to a broader understanding of business enterprise?” He continued, “To the extent that our answer to this question is unclear, delayed and overlaps with other sub-fields, our legitimacy and our very survival in the world of business research and education is seriously threatened” (Venkataraman, 1997, p. 119). Shane and Venkataraman’s (2000) seminal article introduced a definition of entrepreneurship that was distinctive: “the identification, evaluation, and exploitation of opportunities” (Shane, 2012, p. 12). This definition has become the most used and cited definition in the field (Aldrich and Cliff, 2003).

Acceptance of this scholarly pursuit by academicians led to the re-emergence of studying individual entrepreneurs (but, thankfully, not from a traits perspective). Instead, the entrepreneurial cognition approach to studying entrepreneurship gained and continues to gain traction. Rather than distinguishing entrepreneurs based on personality traits, cognition researchers were uncovering patterns in how entrepreneurs think and began hypothesizing that specific ways of thinking were sources of competitive advantage and individual differentiation (Mitchell et al., 2000, 2002). Entrepreneurial cognition was defined as “the knowledge structures that people use to make assessments, judgments, or decisions involving opportunity evaluation, venture creation, and growth” (Mitchell et al., 2002, p. 97).

While most of the cognition work focused on why individuals make decisions pertaining to entrepreneurial action and related such decision making to deeply held knowledge structures and beliefs (Krueger, 2007), another stream of cognition-based research emerged that sought to address barriers to entrepreneurship—or the how part of entrepreneurship that related to the starting point for persons wishing to undertake entrepreneurial endeavors. To this point, largely missing from the discussion was “consideration of the origin of initial resource strengths, and how they contribute to, or determine, value-creating activities” (Brush et al., 2001).

In other words, the question was no longer can an individual be an entrepreneur but rather how an individual can become entrepreneurial, create opportunities, and act on them. The work of Saras Sarasvathy (2001, 2003, 2008), a student of Nobel laureate Herbert Simon, introduced the field to a controversial new theory—effectuation. Sarasvathy’s dissertation research incorporated think-aloud, Verbal protocols with 45 expert entrepreneurs. The experimental methodology required subjects to “think aloud” as they made decisions and solved a set of 10 typical problems that occur in a startup (Sarasvathy, 2008, p. 23).

Her resulting theory of effectuation emerged in contrast to its inverse, causation. Causal models begin with an effect to be created. They seek either to select between means to achieve those effects or to create new means to achieve preselected ends. Effectual models, in contrast, begin with given means and seek to create new ends using nonpredictive strategies. In addition to altering conventional relationships between means and ends and between prediction and control, effectuation rearranges many other traditional relationships such as those between organism and environment, parts and whole, subjective and objective, individual and social, and so on. In particular, it makes these relationships a matter of design rather than one of decision (Sarasvathy, 2008, p. 16).

Understanding how entrepreneurs view the world and how they learn, the entrepreneurial mindset, suddenly became important—really important! Sarasvathy (2008) empirically discovered that effectual entrepreneurs see the world as open to a host of possibilities, fabricate as well as recognize new opportunities, make rather than find markets, accept and leverage failure, and interact with a variety of stakeholders—all for the purposes of creating the future rather than trying to predict the future (Schlesinger et al., 2012).

As you can see from this historical view, the method is not devoid of theory. As a matter of fact, theory in our view plays a stronger role in entrepreneurship education than ever before. Theories related to entrepreneurial cognition are just our jumping-off platform for establishing the need for entrepreneurship as a method. The practices that constitute the method are steeply entrenched in theory from a multitude of disciplines that we will discuss throughout Teaching Entrepreneurship: A Practice-Based Approach​.

Aldrich, H.E., and Cliff, J.E. 2003. The pervasive effects of family on entrepreneurship: Toward a family embeddedness perspective. Journal of Business Venturing, 18, 573–96.

Aldrich, H.E., and Wiedenmeyer, G. 1993. From traits to rates: An ecological perspective on organizational foundings.Advances in Entrepreneurship, Firm Emergence, and Growth, 1, 145–95.

Brush, C.G., Greene, P.G., and Hart, M.M. 2001. From initial idea to unique competitive advantage: The entrepreneurial challenge of constructing a resource base. Academy of Management Executive, 15(1), 64–78.

Giddens, A. 1984. The Constitution of Society. Berkeley: University of California Press.

Greene, P.G. 1993. A theoretical and empirical study of self-employed women. Dissertation, University of Texas at Austin.

Jennings, C., and Wargnier, J. 2010. Experiential learning: A way to develop agile minds in the knowledge economy?Development and Learning in Organizations, 24(3), 14–16.

Krueger, N.R. 2007. What lies beneath? The experiential essence of entrepreneurial thinking. Entrepreneurship Theory and Practice, 31(1), 123–38.

Mintzberg, H. 2004. Managers, Not MBAs: A Hard Look at the Soft Practices of Managing and Management Development. San Francisco: Berrett-Koehler.

Pickering, A. 1992. Science as Practice and Culture. Chicago: University of Chicago Press.

Rogoff, B., and Gauvain, M. 1984. The cognitive consequences of specific experiences: Weaving versus schooling among the Navajo. Journal of Cross-Cultural Psychology, 15(4), 453–75.

Sarasvathy, S.D. 2001. Causation and effectuation: Toward a theoretical shift from economic inevitability to entrepreneurial contingency. Academy of Management Review, 26(2), 243–63.

Trank, C.Q., and Rynes, S.L. 2003. Who moved our cheese? Reclaiming professionalism in business education.Academy of Management Learning and Education, 2(2), 189–205. 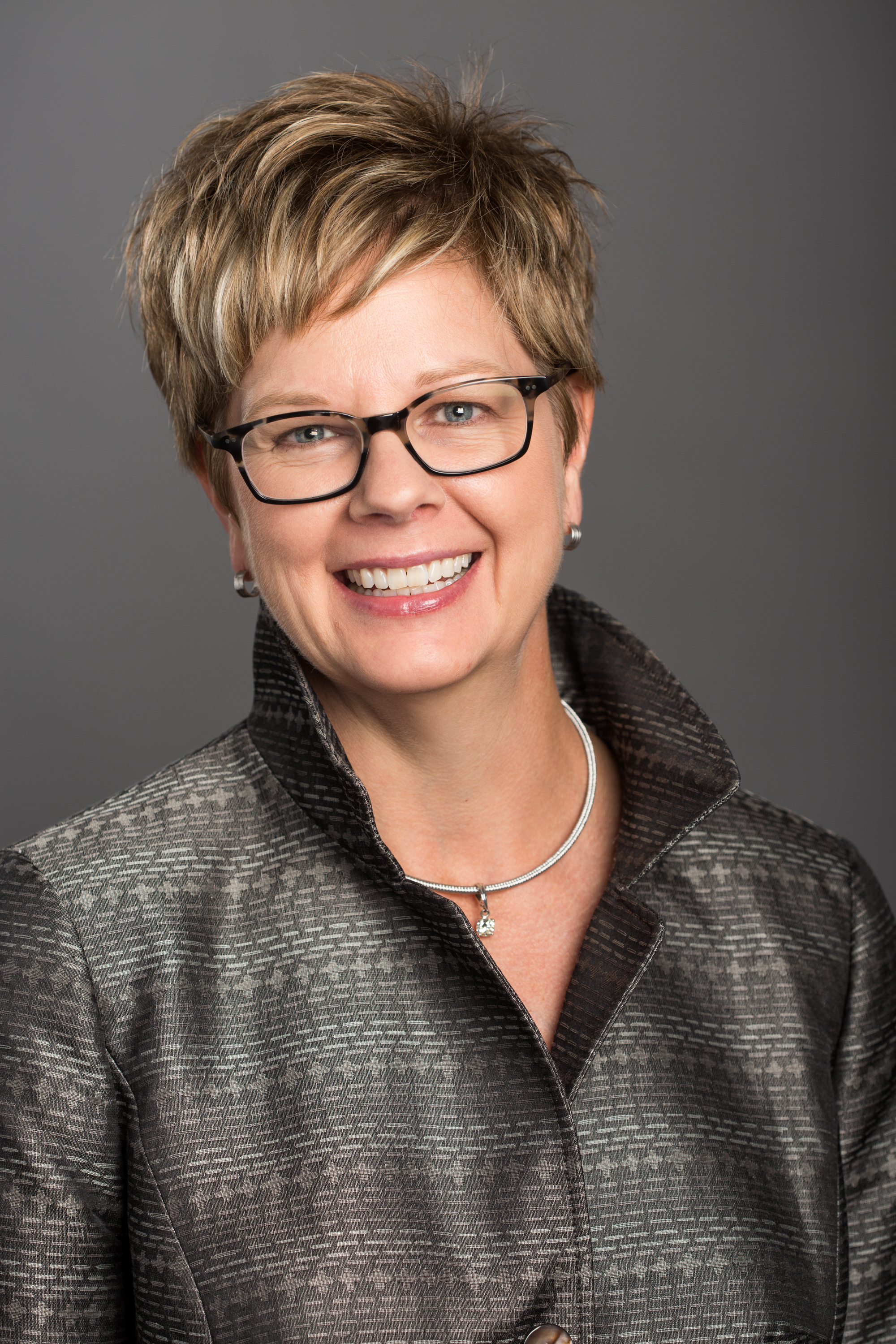 Heidi Neck is the Jeffry A. Timmons Professor of Entrepreneurial Studies at Babson College. As Faculty Director of the Babson Symposia for Entrepreneurship Educators (SEE), she passionately works to improve the pedagogy of entrepreneurship education because new venture creation is the engine of society.

Patricia Greene is a Professor of Entrepreneurship of Babson College, where she holds the Paul T. Babson Chair in Entrepreneurship. She previously served as Provost, and before that as the Dean of the Undergraduate School.