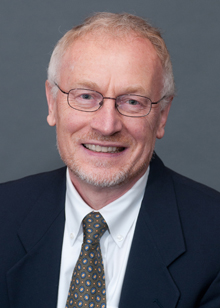 Mr. Fleischmann is the author, editor, co-editor of, or consulting editor for, eight books, and the author of numerous essays and articles on American literature and culture, with a special interest in feminism and the history of gender. He was the founding chair of the editorial board for the NEH-supported Charles Brockden Brown Electronic Archive and Scholarly Edition, of which the first print volume appeared in 2013, and he is currently working on a biography of John Neal (1793-1876), as well as a co-edited collection of Neal's short fiction.

Another area of interest is the history and culture of entrepreneurship, on which he has written several papers. He serves on the board of the Faltin Foundation for Entrepreneurship in Berlin, Germany and has edited the English rendition of Gnter Faltin's bestselling Kopf schlgt Kapital (Brains versus Capital: Entrepreneurship for Everyone. 2013)

Fritz Fleischmann teaches a range of undergraduate courses in literary and cultural studies, as well as writing, most recently focusing on eco-criticism and environmental issues.