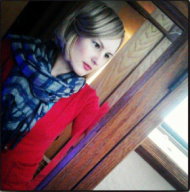 Samantha Bankston is a senior lecturer of philosophy at Babson College. She specializes in 19th and 20th century European philosophy, notably the ontology of Gilles Deleuze. Samantha is the author of Deleuze and Becoming (Bloomsbury, 2017), and she is currently completing a book manuscript entitled Deleuze and Zizek (Palgrave Macmillan). She translated Anne Sauvagnargues' book, Deleuze and Art (Bloomsbury/Continuum, 2013, 2017), as well as the work of other renowned philosophers, such as Gilles Deleuze, Frdric Gros, and Salvo Vaccaro for the University of Minnesota Press, the University of Chicago Press, Lexington Books, among others. Her philosophical writings can be found in a variety of anthologies, including Simone de Beauvoir--A Humanist Thinker (Brill, 2015), Deleuze and the Passions (Punctum Books, 2016), as well as at the International Journal for Zizek Studies (2016).

Dr. Bankston is a part of the international translation team, funded by the National Endowment for the Humanities (NEH), under the direction of Purdue University Professor Daniel W. Smith, which makes available online previously unpublished, audio-recorded lectures from Gilles Deleuze's University of Paris-8 seminars from 1979-1987.