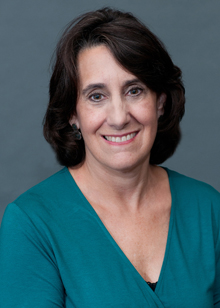 Julie Levinson is Professor of Film, Chair of the Arts and Humanities division, and Associate Dean of Faculty at Babson. She teaches courses in film and cultural history. Previously, she taught at the Massachusetts Institute of Technology (MIT)., Tufts University/School of the Museum of Fine Arts and the Rencontres Cinematographiques Franco-Americain in Avignon, France. She holds a PhD. in Film and Literature and an M.S. in Film from Boston University, as well as a B.A. in Theatre Arts and English from Cornell University.

In addition to her academic appointments, Levinson was the Curator of Film at the Institute of Contemporary Art in Boston, Director of Programming at the Boston Film/Video Foundation, and Curator/Producer of Mixed Signals cable television series for the New England Foundation for the Arts. She has curated film series for several other organizations including the Flaherty Film Seminar, the Celebration of Black Cinema, and the Davis Museum and Cultural Center at Wellesley College. She has been a panelist for, among others, the National Endowment for the Arts, the Rockefeller Foundation, the Radcliffe Institute at Harvard University, and the New Hampshire, Rhode Island, Massachusetts, and Vermont Councils on the Arts. She frequently serves as a film festival judge and an editorial consultant on documentary films.

Levinson is the author of The American Success Myth on Film (Palgrave MacMillan), editor of Alexander Payne: Interviews (University Press of Mississippi) and co-editor of Acting in the Behind the Silver Screen film history series (Rutgers University Press). Her published work in journals and edited collections has focused on a wide range of topics including genre and gender, documentary film, narrative theory, and metafiction.