The Global Entrepreneurship Monitor (​GEM) was initiated in 1999 as a joint venture of Babson College and the London Business School.

GEM, now a global consortium of over 500 researchers, is the largest and most developed research program on entrepreneurship in the world, providing globally-comparable data from 120+ economies. 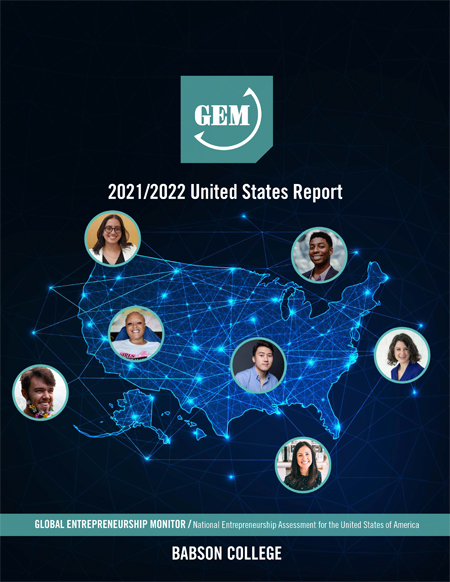 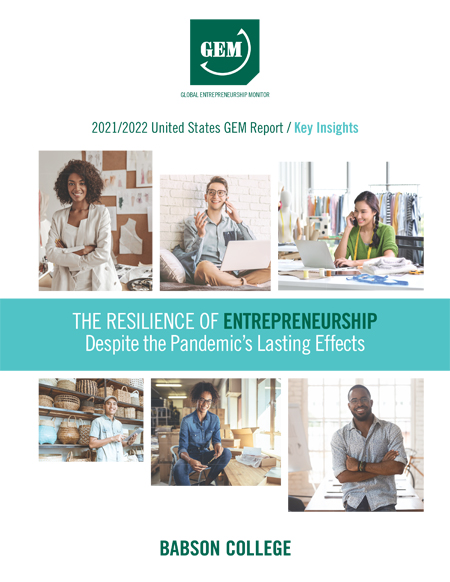 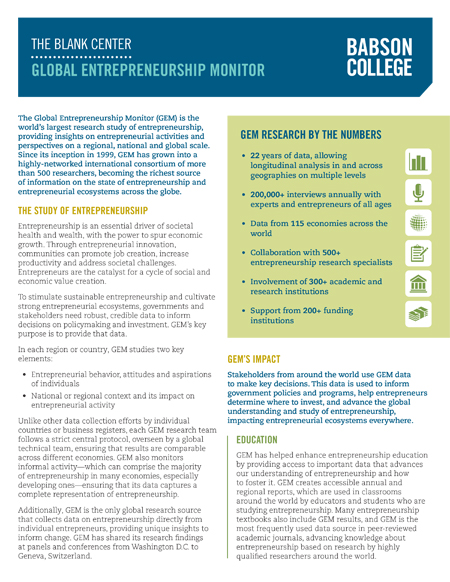 About the Global Entrepreneurship Monitor

GEM is unique because, unlike most entrepreneurship data sets that measure newer and smaller firms, GEM studies the behavior of individuals with respect to starting and managing a business. As such, GEM tracks rates of entrepreneurship across multiple business phases and assesses the characteristics, motivations, and ambitions of entrepreneurs, as well as societal attitudes.

GEM consortium teams are members of an exclusive research project which provides access to the collective knowledge of some of the world’s most renowned researchers and institutions involved in entrepreneurship research. At a time in history when individual entrepreneurial activity may hold the key to transforming the global economy and discouraging ingrained economic disparity in countries with minimal economic opportunity, GEM data has influenced national economic policies and continues to expand its collaborative role.

The Babson-based U.S. team collects comprehensive data about entrepreneurship in the United States and brings together top scholars from Babson College to analyze and discuss implications of the results generated by the Adult Population Survey (APS) and the National Expert Survey (NES). The annual Babson-sponsored U.S. GEM report not only yields meaningful insights into American entrepreneurship, but also provides global and longitudinal analyses to allow comparisons with other economies and within the U.S. over time.

Tweets by @GEMNOW
Access the More in this section