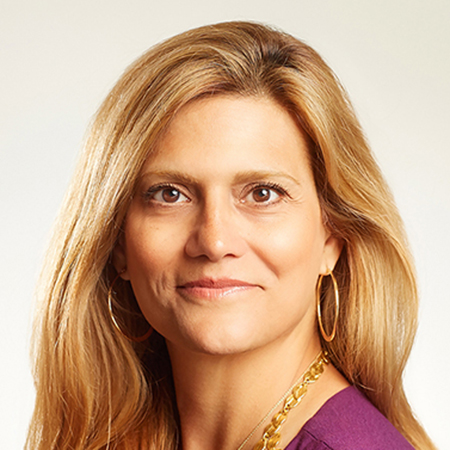 Smaiyra Million is an experienced CEO, investor, and advocate for advancing the entrepreneurial ecosystem. She spent thirty years as a successful operator of luxury hotels, spas, and health clubs. As CEO of Millennium Partners Sports Club Management (Sports Club/LA & Reebok Sports Clubs), Smaiyra was named to the Top 100 Women Led Businesses in Massachusetts in 2011, 2012 and 2013. In 2014, she was inducted into the YW Academy of Women Achievers. Earlier in her career, she spent nearly a decade with The Ritz-Carlton Hotel Company, in numerous managerial roles. She served as part of the hotel company’s opening team, traveling both internationally and domestically. She also served on the team that supported the awarding of the Malcom Baldrige Quality Award, given by the Department of Commerce; the hotel company was the first service company to win this award in 1992.

After the successful sale of Millennium Partners to Equinox in 2014, Smaiyra served as an operating and investment partner at Highland Consumer Partners, focusing on the retail and consumer sectors. She joined the investment and academic communities with the goal of leveraging her network, as well as her marketing, operating, and team building expertise, to benefit up and coming entrepreneurs.

Smaiyra has served as a member of the board of directors for StriVectin, Paint Nite, Artists for Humanity, and The Center for Women’s Entrepreneurial Leadership at Babson College, as well as on the five member Personnel Board for her hometown of Hingham, MA. She also advised the founders of HighCourt and Brio Systems. She currently serves on the board of Junior Achievement of Northern New England. 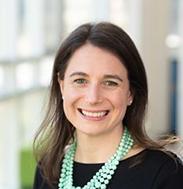 As Associate Director of Entrepreneur Programs & Engagement, Alexandra is responsible for leading a portfolio of innovative programs and events for student and alumni entrepreneurs, including Rocket Pitch, the B.E.T.A. Challenge, and Summer Venture Program. Before joining the Babson team in 2018, Alexandra spent five years as the marketing director for national and regional restaurant chains, as well as three years in operations. She brings a passion for entrepreneurial environments to her position, having also had the opportunity to work with a food startup in the Harvard Innovation Lab. She earned her B.A. from Tufts University and her MBA from Babson College. 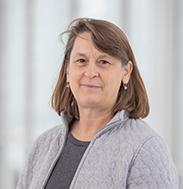 Sue supports the development, production, and communication of Blank Center’s portfolio of events and programs that specifically pertain to the acceleration of student and alumni ventures. This programming includes Rocket Pitch, B.E.T.A. Challenge, Summer Venture Program/Summer Catalyst, and Global Entrepreneurial Leadership Week. She is also responsible for the stewardship of gifts associated with this portfolio of events and programs.

Before joining the Babson team in fall of 2019, Sue worked as the Office Manager and Facilities Coordinator at Saint Theresa Parish in Sherborn. Prior to that position, Sue was the manager of the furniture department at Macy’s Furniture Gallery.  Sue graduated from the University of Massachusetts, Amherst with a B.A. in Fashion Marketing. In her current role as Director of the John E. and Alice L. Butler Launch Pad, Cindy manages the mentoring of student and alumni entrepreneurs. Cindy also leads the student engagement side of the Butler Institute for Free Enterprise through Entrepreneurship where we explore the influence policies have on entrepreneurship and how entrepreneurs can influence policy. Cindy joined Babson in 2004, first in the Graduate School Center for Career Development working with both students and companies with a focus on technology, life sciences, energy and entrepreneurial pursuits. Cindy is an MBA from Babson College’s two year MBA program where she went through the Entrepreneurship Intensity Track (EIT) and co-launched AdvantageNet, Inc., a business and career management consulting firm. Prior to Babson, Cindy held several positions of increasing responsibility in the financial services and communications industries. She earned her B.S. in Accounting at University of Delaware, an MBA with honors from Babson College and is a former CPA. 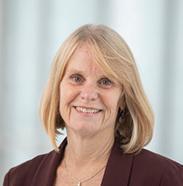 Tamara is the assistant director of the Babson College Entrepreneurship Research Conference (BCERC). BCERC, founded by Babson College in 1981 and considered by many to be the premier entrepreneurship research conference in the world, brings together entrepreneurship academics from all over the world every year. Tamara joined Babson College in 2012 as a program coordinator at Babson Executive Education and then served as a program manager. She has many entrepreneurial skills, as she started Parent Talk, a nonprofit that has been going strong for 25+ years. She also spent some time in the liquor business as the part owner of a store and as the operator of a beverage catering service. She is the staff advisor for TEDxBabsonCollege, managed by Babson graduate students each year. 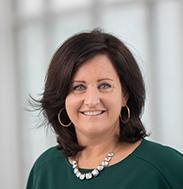 Before joining the Babson team in the spring of 2019, she worked in the Franklin Public Schools in special education, as a staffing manager for Robert Half, and in HR for Fidelity Investments. She earned her BS from the University of New Hampshire, Durham with a degree in Business Administration.

Clare provides administrative assistance and facilities management to the Arthur. M Blank Center. Her role directly supports the Executive Director of the Blank Center, and she is responsible for providing logistical and budgetary support, as well as assisting in the efficient implementation of the John E. and Alice L. Butler Launch Pad and other entrepreneurial programs and events.

Before joining the Babson team in Spring 2022, Clare had relocated from the UK to Boston, MA. Clare was a Marketing and Brand Communication Manager with adidas for over 15 years and was based in Manchester, UK. Clare graduated from The University of Salford, with A BSC honors degree in Sociology.