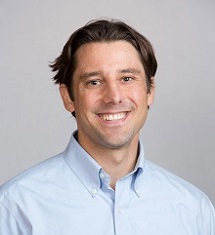 Stephen Spiess is assistant professor of literature at Babson College. He specializes in early modern English literature and culture, with particular investments in Shakespeare and the interrelations of sex, language, embodiment, and knowledge in the English Renaissance. He is currently completing a book, Shakespeare and the Making of English Whoredom, for Oxford University Press, and co-editing, with Marjorie Rubright, an essay collection entitled Logomotives: Words that Change the Premodern World, which will appear as part of the Early Modern Conversions series at Edinburgh University Press. His new book project, Renaissance Undoing, examines an early modern fascination with, and fear of, "becoming undone." His work has appeared in Shakespeare Survey, Renaissance Quarterly, The Review of English Studies, The Oxford Handbook of Shakespeare and Embodiment: Gender, Sexuality, and Race, and Blind Spots of Knowledge in Shakespeare and His World.

Stephen completed his PhD in English Language & Literature at the University of Michigan (2013), where he also received the David & Linda Moscow Prize for Excellence in Teaching English Composition (2010). In 2021, he received the Dean's Award for Teaching Excellence in Undergraduate Education. Before joining the Babson faculty in 2017, he taught at Stanford University.