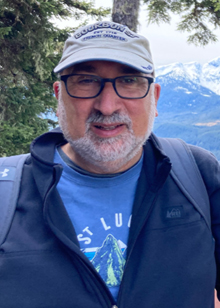 Stephen has been working at Babson since 2014 as a professor, mentor/co-director of the Summer Venture Program, faculty in the Summer Study Program, and working internationally in Babson Global and Executive Education. He is now the Visiting Assistant Professor of Practice in Entrepreneurship.

As a global entrepreneurship strategist, he engages his expertise in entrepreneurship, design thinking, and innovation as a coach and educator helping individuals and organizations launch new ventures and scale existing ones. Stephen works to build and expand entrepreneurial ecosystems in places like Macedonia, Kuwait, Egypt, Saudi Arabia, Jordan, and Afghanistan. He worked with the Global Entrepreneurship Monitor developing a plan for assessing and refining ecosystems around the world. His present work in the Middle East and Eastern Europe has been sponsored by the Center for International Private Enterprise and Pragma, funded by US agencies like USAID.

Stephen has a master's in Interactive Technology in Education from Harvard and a Doctor of Management from Case Western Reserve University. He has developed and taught classes in entrepreneurship, leadership, design thinking, strategy, and marketing at UMass Amherst, Babson College, Olin College of Engineering, Case Western Reserve University, The American Women's College at Bay Path University, and others. He has also been involved in the leadership of entrepreneurship programs and summer accelerators at Babson, Olin, and UMass. Additionally, he is an instructor and mentor at ICorps, a National Science Foundation-funded program at MIT, Cornell, and Georgia Tech to teach entrepreneurship and customer discovery to engineers and scientists from a range of universities nationally.

As an innovation, new venture, and organizational change consultant, he has developed strategy and coached leaders in organizations such as New England Public Media, Center for International Public Enterprise, US Olympic Committee, Center for Medical Simulation, Ford Motor Company, Children's Television Workshop, The Jim Henson Company, the Anchorage Museum, Creative Problem Solving Institute, and the National Center for Accessible Media at WGBH. Before he entered academia, he was the President of The National Inventors Hall of Fame, VP of Liberty Science Center, and Director of Education Outreach at the Boston Museum of Science.