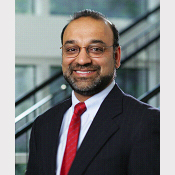 He was awarded the 2010 Lifetime Achievement Award in Retailing (AMA Retailing SIG), 2005 Lifetime Achievement in Behavioral Pricing Award (Fordham University, November 2005) and the AMS Cutco/Vector Distinguished Educator Award in May 2010. He is a Distinguished Fellow of the Academy of Marketing Science. He has served as VP Research and Conferences American Marketing Association Academic Council (1999-2001) and as VP-Development for the Academy of Marketing Science (2000-2002). He has also coauthored Marketing Research (publisher: Houghton Mifflin Co., 1e 2004, 2e 2007), Marketing (publisher McGraw-Hill 1e 2008, 2e 2010-Awarded Revision of the Year, McGraw-Hill Corporate Achievement Award for Marketing, 2e with ConnectMarketing in the category of Content and Analytical Excellence, 3e 2012) and M Series: Marketing (publisher McGraw-Hill 1e 2009). He was co-editor of Journal of Retailing (2001-2007). He is currently researching innovative retailers and working on a book.