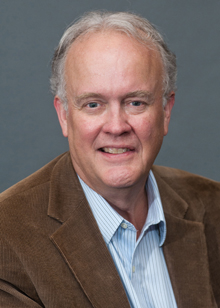 James M. Hunt is an Associate Professor of Management at Babson College, where he teaches leadership, entrepreneurship and sustainability. James has held the Charles Barton and Charles McCarthy Term Chairs during his career at Babson. In 2009 James was awarded the Dean's Prize for Teaching in All Programs. In 2003 he was a co-recipient of the first Alumni Association Award for Distinguished Teaching and Service. James is currently the co-Chair of Babson's Undergraduate Academic Policy Council. He has twice served as the Chair of the Babson College Management Division.

James' research focuses on personal and leadership development, and sustainability leadership. He is currently engaged in sustainability related case writing including work on the Blackstone Valley of New England and its role in the industrial revolution, and one of the U.S.'s first superfund sites, Nyanza, in Ashland, MA. James has been the co-author of three books, including the best seller, The Coaching Manager: Developing Top Talent in Business now in it's second edition, as well as The Coaching Organization: A Strategy for Developing Leaders and the Executive Coaching Handbook. His co-authored paper, Learning Developmental Coaching, (Journal of Management Education, 2004), received the Best Paper in Management Development Award from the Academy of Management in 1999. James is also a fine art environmental photographer. He has had numerous one person exhibitions, including most recently, "Deindustrialization: The Mills of the Blackstone Valley," in the fall of 2019.

James has consulted with numerous organizations throughout the United States including Bose Corporation, Massachusetts General Hospital, Genzyme and Children's Hospital. He is a committed environmentalist and environmental photographer. James lives in Grafton with his wife, Chris.