Coronavirus Response Information
Babson College will be altering regular operations due to the ongoing impact of the Coronavirus (COVID-19).
Skip to main site navigation Skip to main content

The Babson community remembers, reflects upon, and celebrates the legacy of Dr. Martin Luther King Jr. This annual event initiates and continues conversations about the realization of King's vision of justice, equality, and peace in our own community and in the world at large.

Register for this event here!

Workhuman Executive, Child Advocate and Author of A Chance in the World

Considered one of America’s most inspiring business and HR leaders, Steve Pemberton’s triumphant life story is about defying seemingly insurmountable beginnings as a child orphaned into foster care. Born to a mother who was in the middle of a losing battle with alcoholism, it was said about Steve that “this little boy doesn’t have a chance in the world.” His inherited circumstances, handed down from one generation to the next, was not the fault of Steve, but he still looked at it as his responsibility. That determination to better his life was met by the kindness of everyday citizens who affirmed that fight. As told in the major motion picture and acclaimed, best-selling memoir, A Chance in the World, adversity only fueled his desire to become a man of resilience, determination and vision. Steve went on to find success as a corporate executive, innovative diversity and inclusion thought leader, visionary youth advocate and acclaimed speaker devoted to inspiring and helping others. Steve’s keynotes, like his life story, amplify his highly motivational messages: Believe in your dreams, rise above obstacles, create opportunities for others, and most of all, persevere.

Steve is the chief people officer of Workhuman. He champions and promotes the Workhuman movement to inspire HR leaders to embrace more humanity and foster a sense of purpose in the workplace. Steve is focused on building upon Workhuman’s award-winning culture, which has set a new industry standard through its own power usage of recognition and positivity. Before joining Workhuman, Steve served as the chief diversity officer for Walgreens Boots Alliance and Monster.com. A frequent presenter on Capitol Hill, in 2015, he was appointed by U.S. Secretary of Labor Thomas Perez to serve on the Advisory Committee for the Competitive Integrated Employment of People with Disabilities.

All these years later, as time and life has moved on, Steve has still not forgotten those human lighthouses or the lessons of service and integrity that mentors instilled in him. A passionate human rights champion, Steve has made equality, access, and opportunity the foundation of his personal and professional life. Author of the USA Today best-selling memoir and subject of the film, A Chance in the World, Steve chronicled his extraordinary journey of his search for family. His tireless advocacy for the disenfranchised has earned him numerous accolades – including honorary doctorates from Winston-Salem State University, Mt. Ida College, and Boston College. He received the prestigious Horizon Award by the U.S. Congress, presented to private sector individuals who have expanded opportunities for all Americans through their own personal contributions, and who have set exceptional examples for young people through their successes in life.

As a keynote speaker, Steve has earned high praise for his highly collaborative style, working closely with clients to seamlessly customize his content to the messaging goals for each event. A gifted communicator and powerful storyteller, Steve consistently receives stellar reviews for his ability to connect with a wide spectrum of audiences, ranging from business and healthcare organizations to education and community groups. As one client raved, "He was the best keynote speaker we could have gotten and I was sincerely praised for it." 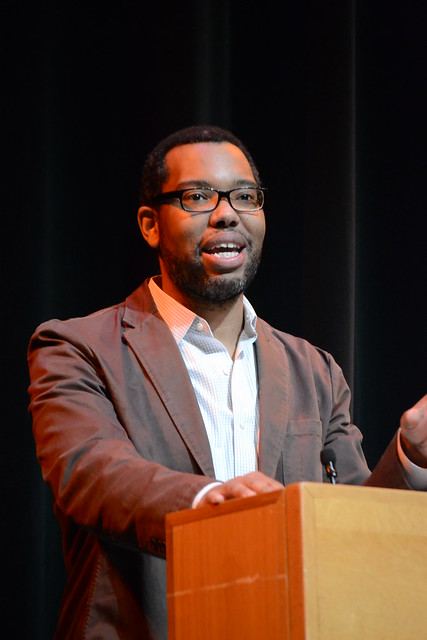