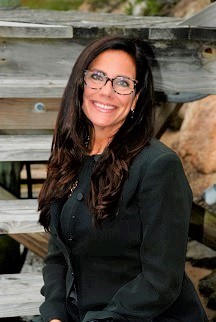 Named one of the top 50 US Business Professors of 2020 by Poets & Quants, Professor Swanson holds the Mandell Family Foundation Senior Term Chair in Literature and Human Rights and teaches courses in African American literature and culture, international literatures, and human rights. She was voted Professor of the Year by the graduating classes of 2007, 2008, 2009, and 2019, and received the Faculty Scholarship Award, 2012; the Martin Luther King, Jr. Leadership Award, 2012; the Lewis Institute for Social Innovation Changemaker Award, 2012; the Nan Langowitz Women Who Make a Difference Award, 2007; the Dean's Award for Excellence in Teaching, 2006; and the Faculty Innovators Among Us award, 2004. She also held the Mandell Family Foundation Term Chair from 2007-2012.

Dr. Swanson has worked extensively on the issue of modern slavery and human trafficking, serving as Board Member and Co-Chair of the international NGO Historians Against Slavery, and as Board Chair for the NGO Made By Survivors (now Her Future Coalition) from 2008-2016. She has worked directly with survivors of both slavery and torture in India, Nepal, and the US. In July, 2018, Cambridge University Press published Slaveries Since Emancipation: The Past and the Challenge of Bondage in the New Millennium, which she co-edited with James Brewer Stewart. Dr, Swanson also served as a Commissioner for the Barnstable County Human Rights Commission from 2007-2009, and as Chair in 2010. In 2019, she launched the Diversity, Equity, and Belonging Consultancy Jane's Way, LLC with partners Jane C. Edmonds and Donna Ryan Moore.