Stephen Spinelli Jr., PhD, MBA’92 is the 14th president of Babson College. A successful entrepreneur, academic leader, and scholar, President Spinelli assumed the role of president in July 2019, guiding the College through its centennial year and into its second century. 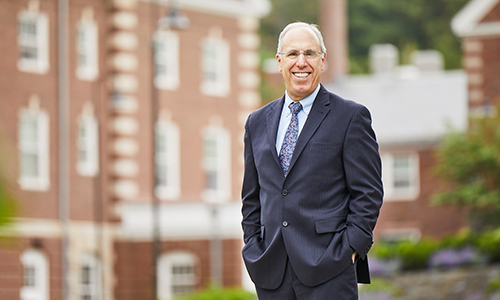 A lifelong entrepreneur, President Spinelli has spent his career at the intersection of academia, business, and philanthropy. He co-founded Jiffy Lube International and was chairman and CEO of the American Oil Change Corporation, helping to pioneer the quick-lube industry nationwide and turning Jiffy Lube into the nation’s dominant competitor with more than 1,000 service centers.

As vice provost, President Spinelli was instrumental in strengthening and growing important initiatives including the Global Entrepreneurship Monitor (GEM), the world’s largest collaborative research project studying entrepreneurship; the Entrepreneurship Intensity Track curriculum; Rocket Pitch and in doubling the entrepreneurship faculty. He also was responsible for expanding the Symposium for Entrepreneurship Educators (SEE) to an international program.

In September 2007, he became president of Philadelphia University, which later merged with Thomas Jefferson University to form the new Jefferson, where he was named chancellor in July 2017. As president of Philadelphia University, he established the unique Kanbar College of Design, Engineering, and Commerce: one of America’s first transdisciplinary colleges. He championed the Master of Science in Sustainable Design, an award-winning, transdisciplinary, collaborative degree program that is among the most recognized Sustainable Design graduate degrees in the world. Under his leadership, Philadelphia University enjoyed record enrollment and retention, with particular growth in graduate enrollment, continuing and professional studies enrollment, and online enrollment.

President Spinelli’s work has appeared in journals such as The Journal of the Society for College and University Planning, Journal of Business Venturing, the British Management Journal, and Frontiers of Entrepreneurship. He also has been featured in such popular press as The Wall Street Journal, Financial Times, The Boston Globe, Entrepreneur, The Chronicle of Higher Education, The Economist, The Philadelphia Inquirer, and Bloomberg Business Week. He has authored numerous business cases, book chapters, and co-authored Disrupt Together: How Teams Consistently Innovate; Business Plans That Work; Franchising: Pathway to Wealth Creation; How to Raise Capital; Never Bet the Farm; The Casebook for Young Entrepreneurs; Entrepreneurship: The Engine of Growth; and New Venture Creation for the 21st Century, now in its 10th edition.

He has consulted for or led executive education programs for corporations such as Intel Corporation, IBM Corporation, Allied Domecq, and Planet Fitness. He has served on a number of corporate boards and in leadership roles for community, business, and professional associations.

Currently, he serves on the board of advisors for the Berwind Corporation and the board of directors for Planet Fitness. He also has served on the boards of trustees of Worcester Polytechnic Institute, Episcopal Academy, Greater Philadelphia Life Sciences Congress, and Ben Franklin Technology Partnership of Southeastern Pennsylvania. He has been invited to speak and lecture at numerous conferences and universities around the world, including Georgetown University, Villanova University, Ulster University, the Brazil Symposium for Entrepreneurship Educators, INMAX Annual Meeting, American Cities Foundation, Planet Fitness National Convention, the Union League of Philadelphia, New Jersey Technology Council, Young Presidents’ Organization, and The London Business School.

President Spinelli earned his PhD in economics from The Management School, Imperial College, University of London, his MBA from Babson College, and his BA in economics from McDaniel College. In 2016, he received the honorary degree of Doctor of Letters from Ulster University in Northern Ireland.

Get To Know Steve

THE COURAGE TO BE BOLD 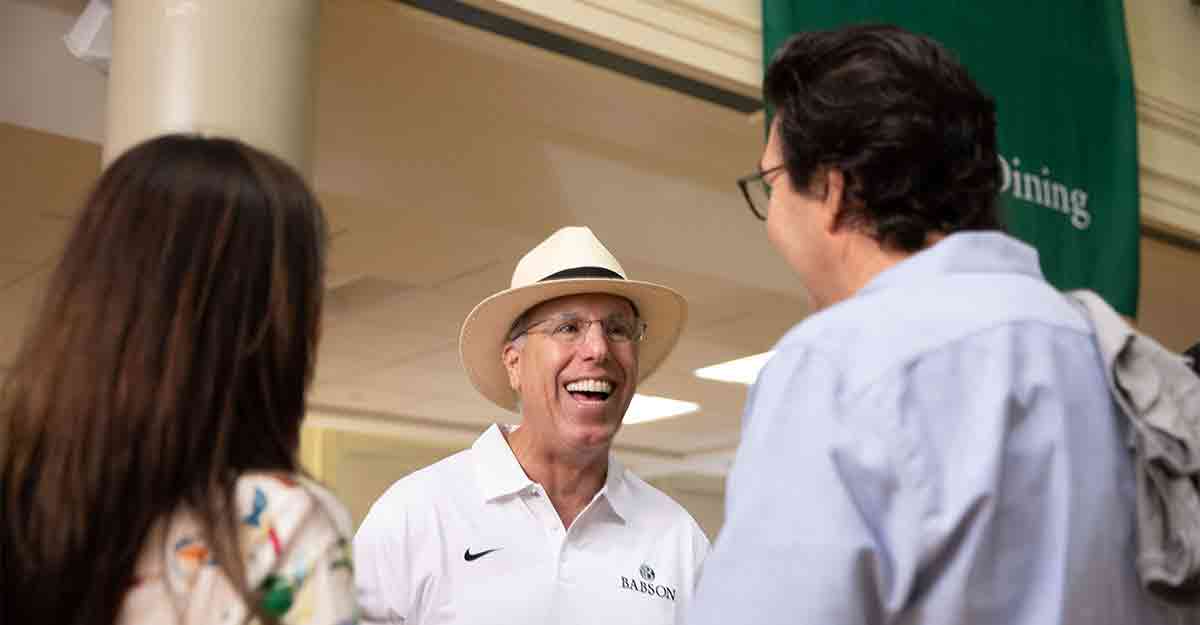 Getting to Know Babson's New President