On Thursday, November 15, 2018 at 6 p.m. we inducted Sara Blakely, Jesse Itzler and Roger Enrico to the Academy of Distinguished Entrepreneurs®. 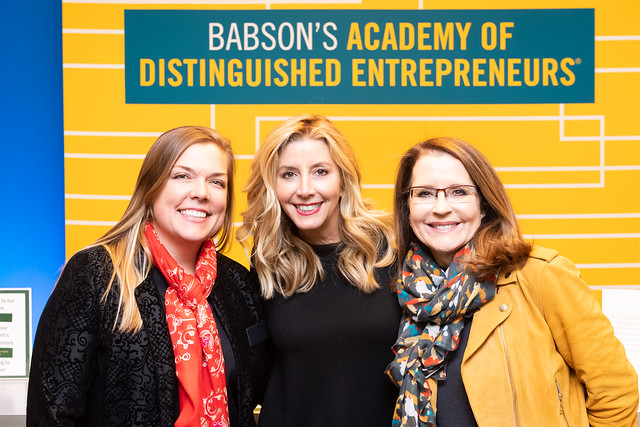 At a private ceremony on Thursday, April 19, 2018, in EDEM Business School, Valencia, Juan Roig, president of Mercadona, was inducted as a new member.

We honored the outstanding business achievements of Juan Roig as the leader of the family-owned, Spanish supermarket honored as part of the fourth annual Babson Connect: Worldwide Entrepreneurship Summit in Spain

“Babson is proud to induct Juan Roig, an exemplary family business leader, entrepreneur, and investor, into the Academy of Distinguished Entrepreneurs®,” said Babson College President Kerry Healey. “Mr. Roig epitomizes entrepreneurial leadership—guiding and growing a successful enterprise, investing in his employees, and supporting local entrepreneurs and Spanish startups. His wide-ranging impact demonstrates how entrepreneurship can create positive change in the world, and we are thrilled to welcome him to the Babson community.”

About the Academy of Distinguished Entrepreneurs

Since its inception, the academy has recognized and honored entrepreneurs who have contributed significantly to the development of free enterprise throughout the world.

Nominations of world-class entrepreneurs who have created great economic and social value are solicited from the Babson community as well as from outside the institution. Through the years, Babson has celebrated entrepreneurs of all kinds as illustrated by the impressive list of inductees. Collectively, the 110 members of the academy have created millions of jobs and improved societies around the world.

Many of the most successful and visible entrepreneurs in the world are members of the academy. They represent companies that are some of the most highly regarded in their industry and household icons in their culture. These members have capitalized on the need for change, accepted the associated risk and responsibility, and made an impact on the world. The energy and innovation embodied by these individuals will be appreciated and applauded for many generations to come.