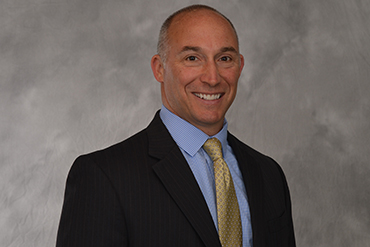 Since his arrival just over four years ago, 13 of Babson’s 22 varsity programs have earned a national tournament berth. Men’s basketball won the school’s first national championship since 1984 in 2017, field hockey became the first women’s program to reach the national semifinals in 2016, and women’s volleyball followed up its regional final appearance last season with a trip to the national quarterfinals this past fall.

Additionally, the baseball program followed up two straight NCAA regional final appearances in 2017 and 2018 by reaching the Division III College World Series for the first time in 2019. Women’s basketball reached the Sweet 16 in 2017 and softball advanced to the NCAA Super Regionals later that spring. Babson also achieved its highest Director’s Cup finish in history, finishing in the top 5% of all Division III programs in 2017.

Along with the department’s national success, the Beavers have claimed 19 NEWMAC regular season titles and 12 conference tournament championships since the fall of 2016.

Off the field, Babson completed a $52 million facility-enhancement project, highlighted by the opening of the Babson Recreation and Athletics Complex (BRAC) last September. In addition to the new eight-court lighted tennis facility and upgrades within the Webster Center, the BRAC project includes a new 75,000-square foot addition that features a state-of-the-art two-story fitness center, recreational and multi-purpose space, and new locker rooms.

In addition to directing the fundraising initiative for BRAC, Lynch also oversees all fundraising and revenue generation for athletics, achieving record highs in both annual and campaign-related totals each year. As part of his growth mindset and vision for Babson Athletics, the program has authored a strategic plan, focused around the student-athlete experience, promoting an inclusive campus environment, staff development and a sustained commitment to operational excellence.

Lynch continues to push innovative strategies to enhance the student-athlete and fan experiences. In conjunction with streaming video provider Stretch Internet, Babson is now offering its home broadcasts through the OTT app on Amazon Fire TV, Android TV, Apple TV and Roku devices. Babson also has recently partnered with Keemotion for the production of men’s and women’s basketball and Reely to produce real-time in-game highlights.

Along with the video upgrades, Babson recently launched a new offering to provide a voice for student-athletes direct to fans. “Inside the Lodge” is modeled after Derek Jeter’s product, The Players' Tribune, and is aimed at forming a direct channel between players and fans. Babson is also developing a landmark program, Project Team, which blends student and college leadership perspectives to educate students on the dangers of alcohol and drug use. Funded by the NCAA Choices Grant, Project Team is a model the College hopes to push out to other like-minded schools in years to come.

Finally, service to the greater community has become a hallmark of the Babson athletics experience, with an ever-growing number of teams, student-athletes, coaches and administrators making a difference working alongside organizations such as the Special Olympics, Team IMPACT, Coaches vs. Cancer, Play 4 a Cure and the National Multiple Sclerosis Foundation.

A veteran administrator with more than two decades of experience in intercollegiate athletics, Lynch comes to Babson after a highly successful 14-year tenure at Boston University that included 10 years as Assistant Vice President and Director of Athletics preceded by four years as Assistant Vice President of Development for Athletics & Student Life. Under his leadership, BU successfully completed over $300 million in new and renovated campus facility construction, including the building of Agganis Arena and the John Hancock Student Village. Lynch also added nearly 40 new endowment funds for scholarship and leadership programming for coaches and student-athletes, and transitioned the Terriers from the America East Conference to the Patriot League.

During Lynch's tenure, the Terriers won more than 50 conference championships and claimed the America East Conference all-sports trophy as the most successful program in the league. BU won the 2009 men's ice hockey national championship, the women's ice hockey program reached the national final on two occasions, and the Terriers' basketball teams developed into two of the most respected in the country, combining for 13 postseason appearances in a 10-year span.

A 1990 graduate of Rollins College with a bachelor's degree in political science, Lynch was a four-year member of the baseball team. He was a three-time American Baseball Coaches Association (ABCA) All-South Region selection and a 1990 All-America selection. Lynch, who was inducted into the Tars' Hall of Fame in 2008, led the program to the Division II College World Series in 1989 before playing professionally in the Boston Red Sox and Milwaukee Brewers organizations.