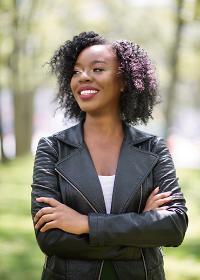 Mandy Bowman is the Founder and CEO of Official Black Wall Street, the largest app and digital platform helping consumers find, review, and patronize Black-owned businesses. After studying Entrepreneurship and Global Business Management at Babson College, she set out to empower the Black community through economics and ownership. The Brooklyn native felt called to launch the Official Black Wall Street platform in 2015, and the app in 2017, after witnessing the many challenges Black-owned businesses endured in her hometown, from lack of funding to being priced out due to gentrification. Since then, Mandy has been at the forefront of the #BuyBlack movement, helping Black businesses around the world gain the exposure and resources they deserve. In 2017 Mandy was invited to TEDx Dover, the first TED event held at an HBCU, to give a talk on ownership and long term wealth in the Black community. In 2019, she made her return to the TEDx stage at TEDx Babson. In the past year alone Mandy was honored for her work with a citation from the Brooklyn Borough President, named one of Entrepreneur Magazine’s 100 Powerful Women in Business, became a Forbes Magazine Next 1000 Honoree, and a SheaMoisture Social Justice Coalition Honoree. 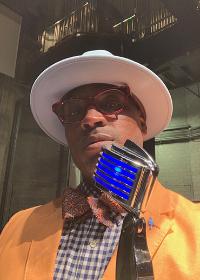 Jamele Adams is a widely celebrated slam poet and higher education administrator, currently serving as Dean of Students at Brandeis University. Dean Adams came to Brandeis University to join the student affairs group as an Assistant Dean in July of 2005. Though Jamele came to Brandeis through a search for an assistant dean with special responsibilities supporting programs that celebrate and enhance campus pluralism, he came with solid generalist dean level experience and now serves as Dean of Students.

Dean Adams came to his position after several years as the Director of the Jeter’s Leaders, a program in the Derek Jeter Turn 2 Foundation. In this role Jamele oversaw a unique leadership program that supported high school age students in the New York City area.

Jamele had previously served as Academic Advisor to First Year students at Montclair State University in New Jersey, and before that as Assistant Dean of Students at Kenyon College in Ohio.

Jamele Adams remains very well known in the New York City area in slam poetry circles. Known as Harlym 125, Jamele was a frequent and highly regarded figure in competitions in New York and beyond. Since coming to Brandeis, Jamele has become a part of the Boston area poetry scene and joined a team of poets who have won numerous competitions regionally and nationally.

Jamele has also become well known in the Boston area for his work leading workshops dealing with issues of diversity. Several times in the last couple of years, Jamele has been called to local high schools to help calm student communities after racial incidents have happened.

Known for his work, Jamele is asked to be a panelist or to give presentations on a broad range of topics regarding diversity and pluralism, and also is asked to prepare presentations in response to very specific incidents or conditions. Jamele appears at dozens of college campuses every year. Most importantly, Jamele has become a student and faculty favorite at Brandeis, known and recognized by everyone at his institution.

An accomplished entrepreneur and business leader with a broad and impressive portfolio of academic leadership credentials, Donna Levin joins Babson from Worcester Polytechnic Institute, where she served as the college’s first executive director of innovation and entrepreneurship. She was also the co-founder of Care.com and vice president of operations for UPromise. Levin received a BA from Emerson College and an Executive MBA from the MIT Sloan School of Management. 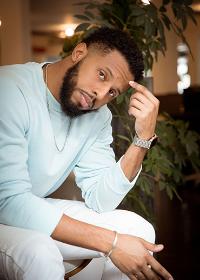 Asa Cary '13 has been working in events since the day that he graduated from Babson. Initially using his skills on campus in the admission office, he went on to work at his current agency, Soho Experiential. With Soho, Asa has worked for a variety of brands including Citibank, Remy Cointreau, and Twitter bringing activations to life internationally. In 2016, Asa partnered with his sister, Courtney Celeste Spears, of the Alvin Ailey American Dance Theater to launch ArtSea Dance. The mission for ArtSea is to bring globally recognized dancers to the Bahamas to educate and inspire young dancers on the possibility of pursuing dance as a career path. 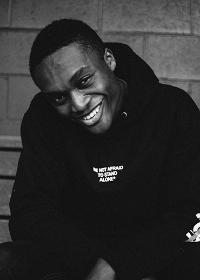 Wes Woodson is the founder and chief storyteller of thehidden company, a modern-day storytelling company. Additionally, Wes is an outspoken mental health advocate and a national public speaker covering mental health, entrepreneurship, and storytelling. This May, Wes will publish his first book entitled I Have Anxiety, So What?: an unapologetic guide to taking back the power from your anxiety. 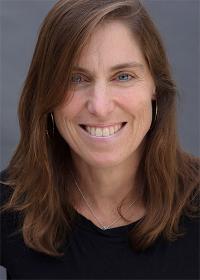 Mary Mazzio, an award-winning documentary film director, Olympic athlete, and former law firm partner, is Founder and CEO of 50 Eggs, Inc., an independent film production company dedicated to making socially impactful films. Mazzio wrote, directed, and produced highly-acclaimed and award-winning films, including I AM JANE DOE (which catalyzed bipartisan federal legislation and was featured on The Today Show); Underwater Dreams (which raised $100 million dollars with the White House for underserved students and was featured on The Colbert Report); TEN9EIGHT (called “one of the most inspirational films you will ever see” by Tom Friedman in The New York Times); A Hero for Daisy (which inspired a lawsuit that was decided years later by the US Supreme Court, called “a landmark film” by the New York Times); The Apple Pushers (with an innovative partnership with Whole Foods); Apple Pie (called “priceless” by The New York Times and “fantastic” by NPR), and I am Little Red (an animated short written with Academy-Award nominee, Alec Sokolow (Toy Story).

Her newest documentary film, A Most Beautiful Thing, narrated by Academy Award-winning artist, Common, and produced with NBA stars Grant Hill and Dwyane Wade, and recently featured on the TODAY Show, was called “an amazing film,” by Richard Roeper of the Chicago Sun-Times; “evocative” by The Los Angeles Times; “poignant” by The New York Times, “an absolute must watch” by Deadspin, and “one of the most important documentaries of this decade,” by ChicagoNow.

An Olympic athlete (1992 Olympic Games - Rowing), Mazzio is a graduate of Mount Holyoke College and Georgetown Law School. She is the recipient of several awards including an honorary degree from Mount Holyoke College; the Ricky Martin Foundation Humanitarian Award; the Hope Award (from the National Center for Missing and Exploited Children); the Women's Sports Foundation Journalism Award; a Gracie Award; a Myra Sadker Gender Equity Curriculum Award; a Henry Luce Foundation Fellowship (to Korea); a Rotary Foundation Graduate Fellowship (to France); and an American Heritage Award (from the American Immigration Council). 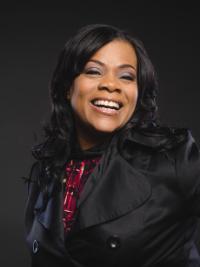 Janice McLean DeLoatch is the founder of The Black Shopping Networks, has been an entrepreneur for almost three decades. Ms. DeLoatch began her first business in her late teens, opening a beauty school to rave reviews in the news media. She is an author, Autobiography of an Entrepreneur, and had her own pantyhose vending machine business in the 90s, with machines placed in the women’s rooms in most NFL stadiums. Janice created the first TV show that focused on small business entrepreneurs. As the “queen of all media” It’s Janice! Alternative Resources for Minority Women Entrepreneurs, Janice now has a weekly radio show reaching nearly 40,000 listeners every Wednesday in Baltimore. But all of this time, says Janice, “I had the problem that all minority women entrepreneurs faced - no support from the financial community or access to critical AI operations platforms for my businesses to grow and to succeed.”